After Madrid and Lisbon, now Rio de Janeiro is expected to house the Arte + Fe exposition next. It will be one of numerous activities organised around the World Youth Day (WYD) in 2013, which will be held from 23th to 28th of July 2013.. Read more »
September 2nd, 2012

In September Arte + Fe is showing in Portugal. At the Arte + Fe (faith) 2012 exhibition, professional international artists, show their religious subjects to the public. The 2nd of September is the official opening at the Sala do Risco in Lisbon.. Read more »
August 16th to 21st, 2011

World Youth Day (WYD, Madrid, 2011)World Youth Day is a great worldwide get together with Christians, that is celebrated every three years in a different country. This time it was celebrated in Madrid from August 16th to 21st, 2011. The Euro Latin Ph.. Read more »

The exhibit has also been possible thanks to cooperation from the National Museum of Catholic Art in Washington, DC, where the exhibit will be on display after WYD. 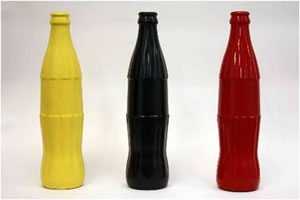 Tarruella highlighted that this exhibit shows that "religious sensitivity is not something of the past, but something inherent in human beings, expressed through the artistic expressions of every age. The selected works range from more conceptual works to others with a more classical point of reference."

Such is the case in the work of Dutch artist William Zijlstra in his work “Agnus Dei”, in which he offers a clear parallel with the piece by Zurbarán, which bears the same name. This time, the lamb is sacrificed on a modern altar, made of newspapers with the headline: “Man is capable of any horror”, an article about the Holocaust. What is inexplicable from a human point of view, events such as Christ's crucifixion and the suffering present in the twentieth century, takes on meaning in the light of faith. 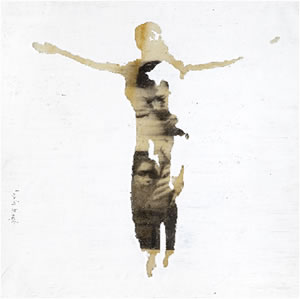 The transcendence of the ordinary
God and man need not be distant from one another. This is the opinion of many of these artists, such as Spaniard Alejandro Mañas, who used three bottles of Coca-Cola to talk about St. Teresa, St. John of the Cross, and St. Sebastian. Apparently similar, these bottles are like us: "our exterior form is always the same, but how we clothe the exterior depends on how we live on the inside," explains the artist.

"Every ordinary, everyday gesture has a deeper meaning that transcends its functional purpose," says David Lopez, through his work “Nowa Huta”, which depicts the figure of Christ crucified with everyday images inside.

Installation art and performances
There is also room for interactive art in this exhibition. For example, the work “The Tears of Mary Magdalene”, by Sevillian Adriana Torres de Silva, an installation piece made with hair hanging over a painting covered with water, invites visitors to discover it by lifting the hair and smelling the perfume in the water. 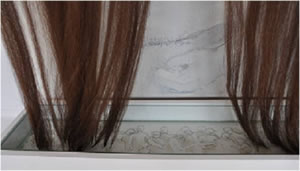 Another is the installation work by the Filipino Jason Dy, artist and Jesuit priest, whose work consists of glass bottles with memories of deceased loved ones. Visitors of this exhibit will be able to  “fill” bottles with a souvenir for their departed loved ones, for example a letter addressed to them and God.

Experiences born in prison
All these works come from the creativity of artists often marked by very strong experiences in which they have found faith. Such is the case with Eugene Perry, an African imprisoned for committing a robbery. As a prisoner, he discovered the love of God and this became the inspiration for his work “Protective Love”, made from recycled metal. He is now among the USA’s well-known artists. 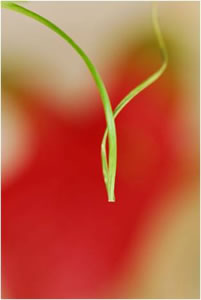 Sarai Aser, Chilean artist based in Rotterdam, has also “spent” her life in prison - in her case, helping others. Her work “Virginity” is an expression of the message she tries to convey to the female inmates she works with: the opportunity of starting afresh in situations of suffering marked by prostitution or other causes related to sexuality.

The exhibition Arte + Fe is one of the 300 activities that are part of the cultural program for World Youth Day. Specifically, it is one of three major art exhibitions, along with the exhibit in the Prado Museum on “Faces of Christ” and the Thyssen Museum's exhibition “Encounters”.

View the Exposition in Madrid 2011