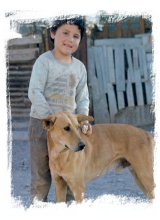 IN COMMEMORATION OF CULTURAL FRIENDSHIP the President and Founder of the Euro Latin Photographers Foundation Sarai Aser de Kruijf received an honorary plaque.

This plaque is to state that a brotherly relationship has been established between Jeju Green Photo Association from Jeju-do Korea and the Euro-Latin Photographers Foundation from Rotterdam (The Netherlands) for the promotion of photography and international friendship between Jeju (Korea) and the Netherlands and maintenance of a close relationship through hosting annual international exhibition events in both nations and for exchange of usual cultural information.

This plaque should forever remind us of the warm brotherly relationship between both organizations,
Jeju City, September 4, 2009